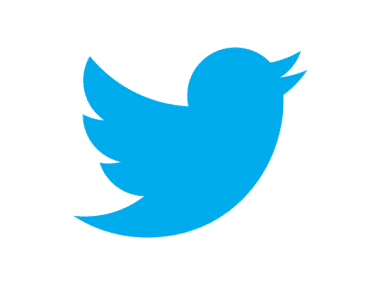 As mentioned in my previous article about Social Media, I will now focus on different platforms.  This blog is about Twitter.

You have probably heard a lot about Twitter but like anything, until you know how to use it, it can seem daunting. So, let’s start at the beginning.  Created in March, 2006 by Jack Dorsey, Evan Williams, Biz Stone and Noah Glass, Twitter was launched four months later.  By December 2014, there were 280M active users with 23% of adult internet users having twitter accounts.  So you might be asking, why would my business benefit from using Twitter?

Twitter is a real-time social media platform which you can use to increase your brand awareness, driving traffic to your website and reaching a wider audience.  It’s like micro-blogging or sending public text messages and like many social media platforms, it has its own language.

However like any communication, make sure you understand the protocol before you start.

Once you have set up your Twitter account (read our Beginner’s Guide to Twitter which can be found here: web address), you are ready to send a message or “tweet”.  Each tweet can be up to 140 characters long and can be about anything that relates to your business.  Yes, you can tweet to celebrities and politicians but remember you are using your twitter account to expand your business, not to share your political views or tastes to your followers.  And always have a reason to tweet.  For example, if you run a Nursery and the government has just brought in a new voucher scheme, then tweet away.  Make your tweets conversational and friendly and include a call to action such as “Discover….” – people are curious and will want to click on the link to see what you are offering them.

You can also use #s to join in discussions about a topic but always check out what the # refers to first.  Find out what #s your customers are using but don’t follow them until you have their consent.

One of the great things about Twitter is that your tweet can go viral so make sure any response you make is appropriate.  If you have a customer-facing business and one of your clients tweets a negative comment, respond – deal with the criticism and send your client a direct message or DM asking them to ring you personally.

Tweet regularly.  Think of Twitter as a networking event – if you never talk, nobody is going to want to engage with you!  Start with 1-2 tweets a day and gradually build it up to around 10.  There are tools like www.buffer.com which can schedule your tweets for you in advance which means you can write your tweets in one sitting but don’t forget to check your account several times every day just in case you need to respond to some feedback.

If you would like us to set-up your Twitter account or create a strategy for your tweets, give us a call on 01722 671971 and we will be happy to help.

We'd love to hear from you. Call us on 01722 671 971 or send us an email for a friendly no-obligation chat about your business and what you'd like us to help you achieve on the internet.

We look forward to hearing from you!